For the budding authors amongst you -- those based in the UK anyway -- as part of the launch fanfare for the new "ROMANCE" covers, Mills & Boon are running a short story competition in conjunction with WOMAN'S WEEKLY magazine during the first two weeks of September, so you'll want to look out for them in your newsagents.

If you haven’t already checked it out, this might be a good time to read Liz Fielding's short story, THE CINDERELLA VALENTINE, which is online at eHarlequin. Free read -- can't be bad! :)
Posted by Liz Fielding at 12:10 AM 1 comment: Links to this post

The nominees are in! Cataromance has just released its list of Reviewers' Choice nominated books for the first half of 2006 and not surprisingly ;) Harlequin Romance has put in a great showing!

In The Arms of The Sheikh Sophie Weston

A Father in the Making Ally Blake

All the other nominees are listed here. Also there is going to be a Pink Carpet Awards party this Friday so come along and chat with all of the nominated authors and find out one...by...one who...won!

Posted by Ally Blake at 12:35 AM No comments: Links to this post

To launch the fabulous new series, The Brides of Bella Lucia, eHarlequin are publishing a free, online story by Liz Fielding. Set in the Chelsea restaurant, Luc Bellisario, great nephew of Bella Lucia herself, comes face to face with Polly Bright and, for both of them, the life plan begins to unravel.

THE CINDERELLA VALENTINE will be online from 4th August.

THE REBEL PRINCE by RAYE MORGAN

The Rebel Prince is the third book in the Bella Lucia miniseries. Don't forget to check out the fist two books - HAVING THE FRENCHMAN'S BABY by Rebecca Winters and in Silhouette Romance COMING HOME TO THE COWBOY by Patricia thayer - in store in August!!!

If you’re going to have to fall in love with someone anyway, why not a prince? The only problem is putting yourself in the position to meet one.

Emma Valentine is thinking “career move”, not romance, when she takes the job of head chef for the royal coronation of Prince Sebastian in the adorable little country of Meridia. But very soon the two become intertwined and she finds it impossible to untangle them again.

I always jump at the chance to do a royal romance. You get to deal with fun things like castle mazes and masked balls and moats and serving wenches and plots to poison. I find it a happy mix of a certain historical sensibility with a contemporary attitude.

For more about this series, check out the Bella blog!

MARRIED UNDER THE ITALIAN SUN by LUCY GORDON

"LADIES AND GENTLEMEN, here we are again with your favourite TV programme, Star On My Team, when the famous—and sometimes the infamous—ha-ha!—team up with you to win fabulous prizes..."

Sitting backstage, Angel prayed for the burbling introduction to be over soon. In fact, she thought, please let the whole mindless business be over. Just as her marriage was over, and only awaited a decent burial.

The presenter was getting into his stride. "On my right, Mr and Mrs Barker, and their famous team member—" He named the star of a minor soap opera. Watching the backstage screen, Angel saw him enter, flashing his teeth and grandstanding to the audience.

Nina, her personal assistant, surveyed her with critical approval.

"You look perfect," she said.

"And now, the lady I know you're impatient to see—" Not as impatient as I am to finish this, she thought wryly, while trying to remain good-tempered. Time to get out there. Big smile!

Especially since my husband plastered my face all over the front pages, trying to divorce me on the cheap. Never mind. Smile!

A look in the mirror, a final adjustment of her dress to ensure that her assets were displayed to advantage, mouth widened just so far, no further. And now for the last walk to where the lights beckoned and the cameras preyed on her. It felt like a walk to the guillotine.

"Here she is. The beautiful, the fabulous—Angel!"

SHE'D made a mistake.

She wore a rich brown T-shirt which hugged the kind of yoga-toned body that always made Jemima feel vaguely depressed. Dramatic turquoise jewellery picked out an exact shade in the receptionist's vibrant skirt and brought out the colour of her eyes. Her look was overwhelmingly young...fashionable...and a world away from Jemima's borrowed suit. Its aubergine colour might be perfect with her carefully straightened red hair, but it was entirely too formal for Kingsley and Bressington.

Nor was she quite sure how she could dress any differently tomorrow. Even if her own wardrobe wasn't restricted to jeans and easy care fabrics, she was two children too late for that kind of body conscious clothing.

Jemima glanced around the acres of white walls, taking in the abstract paintings and sculptural plants in huge stainless steel pots. What the heck was she doing in a trendy place like this? If she didn't know she'd be letting Amanda down she'd turn tail and run now. Fast. This wasn't what she'd wanted at all.

Rescued by her prince of the desert...

The smell of petrol reached her.

Petrol dripping on to hot metal…

It was a wake-up call to the danger she was in; forget heaven, she was at the gates of hell and raw, naked fear overrode pain as she struggled to twist herself around to hit the seat belt release.

Her sweaty fingers slipped as she tried to make contact and, as the smell of petrol grew stronger she panicked, throwing herself against the restraints --

She heard the words, but they didn’t penetrate the thinking part of her brain as she fought to break free.

It wasn’t the harsh order that shocked her into motionless silence, or the fierce, hawk-like features of the man who gave it. It was the gleaming knife blade, so close to her face that she could almost taste the metal at the back of her throat.

Saved from certain death in the unforgiving desert of Ramal Hamrah, Lucy Forrester is transported to a world of luxury by her rescuer, Sheikh Hanif. The tender care he offers her is more than Lucy has ever experienced in her loveless life, and she finds herself drawn to the proud Arabian Princes, despite his tortured soul. And, as he helps Lucy recover from her injuries, she wonders if she can help heal his own wounds, break down the barriers that guard his heart...

The above books are all available online now from eHarlequin, and in all good bookstores across North America and the United Kingdom in September!

THE RANCHER TAKES A FAMILY by JUDY CHRISTENBERRY

"YOU know we've got to do something, don't you, John?"

John Richey looked at his right-hand man, Bill Hobbs, and sighed. "I know we need to, Bill, but I've thought and thought, and I can't come up with any answer except to just make the best of it."

In spite of his worries he smiled at his baby daughter as he removed the empty bottle from her mouth. She gave him a contented grin worth more than anything money could buy.

Bill persisted. "Damn it, man, we're risking a big loss with just you, me, Mikey and Jess working the ranch, especially since you and me are only working half days so we can take care of Sugar here."

"I told you to call her Betsy. That's her name, after all."

"You're not focusing, John. And I have a solution to our problem even if you don't."

John looked up in surprise. It wasn't the first time they'd had this discussion, but it was the first time Bill had said he had the answer. "What do you mean, you've got the solution? What is it?"


WINNING BACK THE BRIDE by TERESA SOUTHWICK 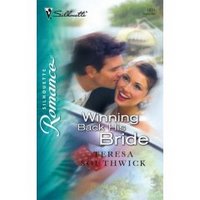 Geneva Porter was familiar with the technique public speakers used to calm nerves, but it wouldn't work for her. This wasn't public. She wasn't speaking. And she'd already seen Michael Sullivan naked.

However hot the memory, seeing the sexy Mr. Sullivan without his clothes was partially responsible for the disastrous series of events that had landed her right here, right now—waiting to see him and find out if she was Las Vegas's latest events planner without a job.

Unemployment would be bad. Seeing Michael Sullivan again... It was going to be very bad.

But he was her boss as of a week ago when his deal to buy this hotel finalized. One by one he'd met with the existing managers. Now it was her turn. Time to get it over with and brazen out their first meeting since... Well, since she'd last seen him. On the bad scale, that time had been off the chart. 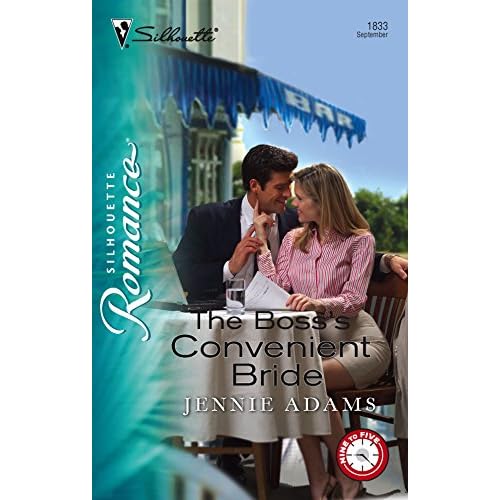 What can a girl do when the only answer is ‘I will’, but her heart warns she’d better not?


When Sydney businessman Nicholas Monroe proposes an emotionless marriage to his secretary, Claire Dalgliesh, Claire is forced to find out!

THE CINDERELLA FACTOR by Sophie Weston

JO ALMOND had finally worked out that she was not lovable when she was just fourteen.

It had hurt. But, after the first searing shock, Jo was philosophical about it. She'd known she had other things going for her. She was practical. She had found she could be brave. She didn't give up easily. She was energetic, clear-headed and calm. But lovable? Nah.

The man who finally taught her this painful lesson was her language teacher—a French student on teaching practice. He'd been twenty-three, with kind eyes and a passion for learning. For a while he'd believed in her. He'd been the only person in the whole world who had.

He'd also listened to her. Not for long, of course. But for a precious few hours she'd seen what it could be like if someone was on your side.

She ran away again. That time she'd got as far as Dover. She'd been just about to step on a ferry when a kindly policeman had caught up with her and organised her return home. Well, to her aunt's house. Jo would not call it home.

Jacques Sauveterre asked her to stay behind after French on her first afternoon back in school. By that time, Jo was good at keeping her own counsel. She stood there, not meeting his eyes, fidgeting.

"But why, Joanne? I would really like to understand this."

"I wanted to go to France," muttered Jo.

She did look up at that.

These great Silhouette Romance books are available online at eHarlequin and in bookstores across the United Kingdom and North America this September!

Posted by Ally Blake at 3:18 AM No comments: Links to this post

Promote Your Page Too